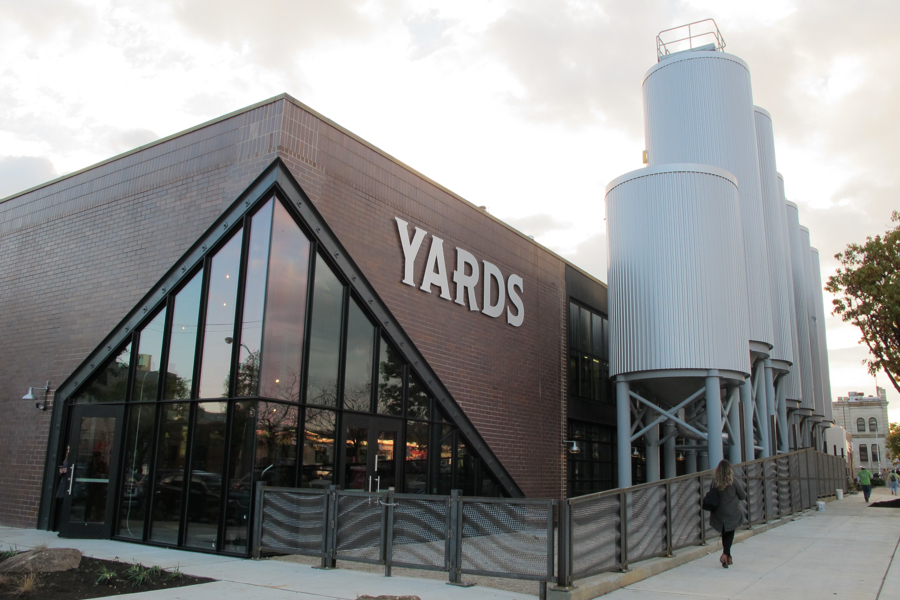 Gina Vasoli says the male-dominated craft-beer giant became a terrible place to work after she revealed she was having a baby.

Get a compelling long read and must-have lifestyle tips in your inbox every Sunday morning — great with coffee!

Yards Brewing Company isn’t just Philadelphia’s longest-running continuously operated brewery — it’s also now Philadelphia’s largest brewery, thanks to a recent expansion. The company received a PPP loan of more than $1.17 million to help it through all the problems brought on by the pandemic. But now, Yards Brewing Company may have another costly problem on its hands: a pregnancy discrimination lawsuit brought by former manager Gina Vasoli.

The 37-year-old Roxborough resident has filed a federal civil rights lawsuit against Yards Brewing Company and its CEO, Trevor Prichett, alleging that the company fired her for getting pregnant.

Vasoli began working for Yards in 2013, back when the company was headquartered in Kensington and a few years before it would relocate to its current home in Northern Liberties. Rising through the ranks, she eventually became the manager of marketing and communications. Vasoli was profiled in various articles about women in the Philly beer scene, and she served as spokesperson to the press when the company was releasing new products or collaborations like a beer pickle.

In the lawsuit, Vasoli claims management gave her a glowing review in March 2019, along with a raise that went into effect in May 2019. But then something happened. Vasoli became pregnant.

At the end of June 2019, she says, she told Prichett she was due that winter. A few days later, in July 2019, Vasoli says, she informed her direct manager, Chris Hancq, of her happy news. Things pretty much went immediately downhill, resulting in what the suit claims is pregnancy discrimination.

According to the suit, her male superiors at the company began to treat her in a “hostile and dismissive” manner and allegedly stripped her of all sorts of duties.

In the suit, Vasoli explains how she had been handling project management in the marketing department. They told her to stop. She had been writing and sending out press releases. No more. She was responsible for all of the company’s social media presence, a strategy she says she developed for Yards. But she was told somebody else would start dealing with social media.

Frustrated, she says, she complained to Hancq via email about this treatment but got no response. She followed up with another email that was ignored. Finally, she tried to talk to him about the matter in person, but he “brushed her off and refused to engage with her,” according to the suit. That was on September 4, 2019. One day later, Yards Brewing Company fired her.

According to the suit, Pritchett told Vasoli she was being fired for financial reasons and not due to any fault of her own. The lawsuit argues this was entirely pretextual and that the real reason she was fired was because of her pregnancy.

The pregnancy discrimination suit goes on to make some claims about the demographics at Yards Brewing Company in an attempt to show why management might be biased against having working mothers in the office. Vasoli says that of four employees in the marketing department, she was the only woman, and that two of the three male employees the company retained were less tenured and experienced than her. The suit alleges that only four out of 15 of the company’s management positions were held by women and that every single one of the company’s board members and upper management team were male.

In response to our inquiry, a Yards spokesperson said, “While we cannot comment on the specific merits of this case, we can say with certainty that the allegations do not align with Yards Brewing Company’s values or how we conduct business.”

Vasoli’s suit seeks unspecified damages. Her attorney declined to comment for this story.