When it comes to back pain, there’s always rheum for knowledge Hip and back pain plagued Clark Ferrer for most of his adult life. Painful sensations would start to manifest in his hip all the way to his back after doing simple household chores or playing basketball with friends.

When he complained about it, his mom would tell him it would hurt for just a few minutes “because you strained your muscles.” And that was it.

But Clark has had recurring hip and back pain since he was 12.

Clark was vacationing in their home province of Isabela when it happened.

“My cousins and I had fun riding the kalesa,” relates Clark. “The following morning, I felt a very unexplainable pain in my hip.”

The feeling was excruciating enough that Clark couldn’t walk, lift things or even get up from bed.

Alarmed, his aunt called his parents to inform them about Clark’s condition. But instead of taking him to the doctor, they brought him to an albularyo (folk healer). His condition worsened. For two weeks, Clark was confined to his bed because he couldn’t walk. He was finally brought to a local hospital after having a nosebleed.

“There, I was misdiagnosed with leukemia,” laments Clark.

Just before the holidays, he was transferred to the Philippine Children’s Medical Center. He was diagnosed with rheumatoid arthritis in December 1998.

Clark was given steroids until 2003. In 2004, he once again experienced the hip and back pain “that wouldn’t go away.”

“I was referred to a rheumatologist in St. Luke’s Medical Center,” shares Clark.

There, the MRI showed an early stage of ankylosing spondylitis (AS). Ankylosing spondylitis (AS) is a progressive form of arthritis that can cause parts of the spine to fuse, resulting in painful stiffness. Hence the term “bamboo spine.”

“It is an autoimmune disease that causes inflammation,” explains Dr. Juan Javier Lichauco, president of the Philippine Rheumatology Association (PRA).

As we all know, the immune system defends our bodies against infection. It keeps a record of every germ (microbe) it has ever defeated so it can recognize and destroy the microbe quickly if it enters the body again.

So what happens when you have an autoimmune condition?

“It means that your immune system is so revved up that it attacks your own body 24/7 — causing inflammation of the ligaments or tendons that are attached to bones.”

Could that be one of the reasons why AS patients get diagnosed late — when the disease has already progressed — because they dismissed it as “just back pain?”

“Yes,” replied Dr. Lichauco. “Since AS is not as common as hypertension and diabetes, most patients don’t take it seriously. When the pain strikes, they just take pain relievers hoping that the pain would go away.”

According to Dr. Lichauco, the golden rule is that if the (back) pain doesn’t go right away, or persists for at least three months, it’s time to consult your doctor.

“Since AS is characterized by chronic back pain, three months would be a considerable time for patients to consider further evaluating their condition,” says the amiable doctor.

Dr. Lichauco adds that another factor why there’s a delay in treatment is because the patient doesn’t communicate effectively and honestly the important details to his/her attending physician.

“Communication is an essential part of getting the best care possible for your AS,” says Dr. Lichauco. “Tell your doctor if symptoms like pain or fatigue are already interfering with your daily life and your career. Or if your eyes hurt and have become sensitive to light.”

According to the Spondylitis Association of America (SAA), as many as 40 percent of people with AS experience uveitis (inflammation in the middle layer of tissue in the eye wall).

Bottom line is, AS goes beyond hip and back pain. Often, people with AS can have recurrent Achilles’ tendonitis, plantar fasciitis, tennis elbow, as well as bowel inflammation, inflammatory eye disease, psoriasis or psoriatic arthritis.

According to Clark, complications haven’t stopped affecting his body. In October 2011, Clark’s right knee was swollen and needed to be aspirated.

“Another problem occurred when I turned 20,” shares Clark. “I experienced shortness of breath and chest pains because I had inflammation of the aorta.”

Now 35, Clark is the president of the Ankylosing Spondylitis Association of the Philippines (ASAPh). And, just like the rest of its members, he is trying his best to live a normal life despite having back attacks.

“People with AS may feel physically limited. We all do. You can’t sleep at night because of the pain, and we move about in pain. Our pain is impossible to ignore that it nearly makes us sad, anxious and irritable. Depression is common, too,” shares Clark, who realized later on that his health condition didn’t have to stand in the way of his dreams.

“I’m an engineer by profession,” Clark says. “And it took me years to accept this disease because it ruined not just my career but my life. Since I was bedridden most of the time, I had to quit my dream job.”

Clark ventured into different businesses. And because of his perseverance and hard work, he saved enough capital to start his own design and construction firm. 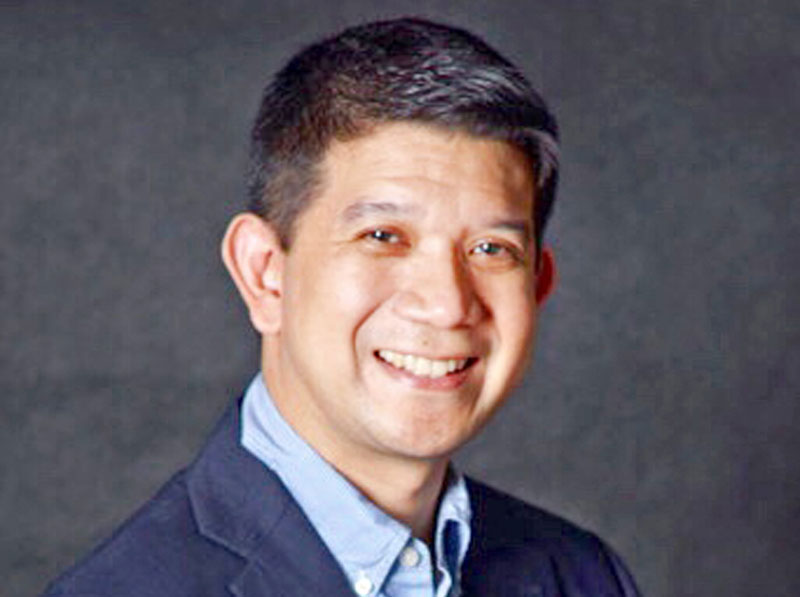 They got your back!

AS can hit you at any age, but often strikes men who are in their teens and 30s.

“AS is a kind of arthritis that is not caused by age,” explains Dr. Lichauco.  “It’s a condition that affects the younger age group, those who are at their most productive period. The severity of the pain they experience has a great impact in terms of their ability to function. He adds that it takes seven years on average to diagnose AS among men, two more years for women, and psychologically affects 61 percent of all patients with the disease.

“Early diagnosis matters because we do have this window of opportunity to provide treatment that can slow down or prevent the progression of the disease,” he enthuses. “We now have medications that, if given early and provided continuously, could make a big difference.”

In celebration of World AS Day 2021, ASAP partnered with Novartis Philippines for a half-day lay forum titled “Rheum for Knowledge: Early AS possibly — Avoid Diagnostic Delay.”

Just like ASAPh, Novartis Philippines sees the value of raising awareness about the disease and encouraging patients to act as early as possible through the Clarrio App.

Developed by Healint, this mobile health app allows users with chronic low back pain to identify if the pain is inflammatory or mechanical in nature through an ASAS (Assessment of SpondyloArthritis International Society) five-item questionnaire.

“The app has a link to the website of the Philippine Rheumatology Association (PRA), which provides a list of more than 200 rheumatologists arranged based on area of practice,” notes Christine Fajardo, head of Patient Engagement, Novartis Philippines.

Through this app, users can help monitor and manage their pain through science-based tools.

To support the AS patient community, Novartis is also working with the Ankylosing Spondylitis Association of the Philippines (ASAPh) and the Philippine Rheumatology Association (PRA) in conducting a survey called the “International Map of Asia on Spondyloarthritis.”

“It’s a global research initiative to describe the landscape of AS here in the Philippines and assess the impact and burden of AS,” explains Fajardo. “The data which will be generated can help elevate the patients’ voice. With that, we look forward to partnering and collaborating with stakeholders in co-creating solutions to help improve the health, shorten the patient journey, improve disease management, and really improve patient outcomes. We #gotyourback every step of the way.”

While there’s no cure for autoimmune diseases like AS yet, your rheumatologist can help delay its progression through early detection and treatment.

So do not delay. See your doctor today.