Use of Hair Loss Drug Propecia Can Lead to Depression, Suicide – 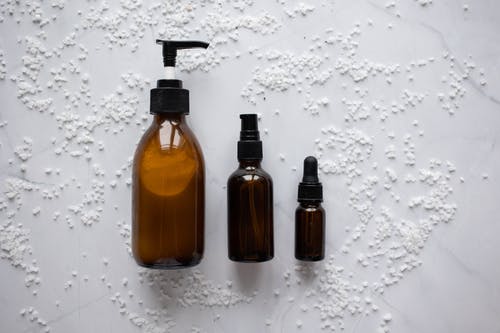 Finasteride, the active ingredient in Propecia, use can lead to serious mental health side effects.

In a lawsuit filed in Washington, D.C., federal court the Post-Finasteride Syndrome Foundation, represented by Public Citizen, is requesting that Merck & Co’s hair loss drug Propecia and all associated generics are pulled from the market.  The consumer advocacy group contends that the products have caused severe side effects, including depression, erectile dysfunction, and even suicide, and claims the Food and Drug Administration (FDA) “unlawfully failed to either grant or deny a citizen petition the group submitted in 2017.”  Finasteride is the active ingredient in Propecia.”

Propecia originally hit the market in 1997 and the first generic version was approved nine years after that.  In 2012, Merck added a warning that the drug “could cause sexual dysfunction and depression,” a move that was met with a number of legal complaints.  However, rather than pulling the drug from the market, the suit contends, it continued to grow in popularity and Merck & Co. realized substantial profits from sales.  “According to health data company IQVIA,” the suit states, “annual U.S. prescriptions of finasteride increased to over 2.4 million in 2020, more than double the number in 2015.”

The Post-Finasteride Syndrome Foundation was founded in 2012 and is dedicated to research into post-finasteride syndrome.  In 2017, it wrote to the FDA asking that it either pull the drug from the market or add a “black box” warning.  In its latest filing, the foundation said the agency “unlawfully failed to act despite ample evidence that the drug was associated with a higher risk of suicide.”  The group also suggested that “Merck and the FDA knew of reports of suicidal thoughts in Propecia patients in 2011, when the agency was considering the added warning that ultimately made no mention of suicide.  At the time of the report, Merck said that ‘the scientific evidence does not support a causal link between Propecia, and suicide or suicidal ideation and these terms should not be included in the labeling’ for the drug.”

Other studies were also cited, including a report from Canadian and European regulators who do require that there is a warning placed on the product about its link to depression and suicide.  “FDA’s decisional process is lagging unreasonably in light of the nature and extent of the public health interests addressed in the petition and its supplements,” the complaint reads.

The problem seems to be more prevalent in young men.  According to Dr. Michael Irwig, from the division of endocrinology at Beth Israel Deaconess Medical Center, in Boston, “The difference between finasteride in younger men versus older men is likely related to the severe toll this medication can take on younger men who develop persistent sexual side effects.”

Senior researcher Dr. Quoc-Dien Trinh, from the division of urologic surgery at Brigham and Women’s Hospital, in Boston, who has studied the suicide risk associated with the drug, said, “There are many possible explanations for our findings.  Patients should be made aware of this potential side effect and speak to their prescribing doctor if they have concerns.”

Group sues to have hair-loss drug Propecia pulled from market

The 8 Best Products to Combat Hair Loss, According to Trichologists