The racialized policing of human trafficking in RI 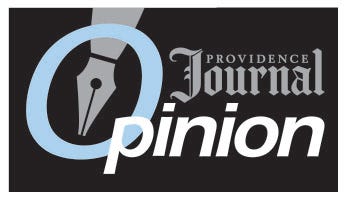 Elena Shih is the Manning Assistant Professor of American Studies at Brown University, where she leads a human trafficking research cluster through the Center for the Study of Slavery and Justice.

Last Friday’s arrest of 11 workers affiliated with three Asian massage spas in Cranston is the latest in the decades-long policing spree against Asian workers in the name of combating human trafficking.

The arrests charged workers with violations of a 2016 law that established a new category of “body work,” requiring a distinct license from that of a massage therapist. The law has disproportionately targeted Asian massage businesses in particular, following “Operation Rub Down,” which was initiated in 2003 due to fears of human trafficking. However, human trafficking has rarely been proven in these cases.

In December 2019, during the last such raid before the COVID-19 pandemic, the Pawtucket Police Department and Department of Homeland Security raided three Asian massage businesses in Pawtucket and arrested 19 people. Most of the Asian massage workers arrested were charged with not having a massage therapy license; only three employees were charged with prostitution. After their arrest, workers’ charges were dropped, and only the business owners were indicted. However, the experience of raid, arrest, and preliminary charges have a grave impact on the social, emotional, and financial well-being of migrant workers.

A recent ruling on the case mandated that Grace Kwon, 57, the owner of the spas, forfeit about $650,000 in cash proceeds and assets. The proceeds will be divided between the Pawtucket Police Department and the attorney general’s office in an 80-20 split. These consequences, which take money from Asian businesses and redistribute them to police and prosecutorial agencies, do nothing to support Asian massage workers.

In the Pawtucket raids, investigators reported evidence of human trafficking including that women workers lived on site, or were transported to local apartments. While such tactics may be used by traffickers, they are also strategies that low-wage workers turn to when they are unable to afford rent, transportation, or to abide by social distancing during COVID-19. Investigators were unable to prove the presence of trafficking in this case, as reports indicate all 16 women declined to participate in legal questioning. Their reluctance is further evidence of their entrapment in a system of coercion that includes employers and law enforcement alike.

As the director of a human trafficking research cluster through Brown University’s Center for the Study of Slavery and Justice, I am part of a team that has conducted direct outreach efforts with massage workers, and have learned that many workers in Rhode Island massage businesses are voluntary, consenting adult workers in their 40s and 50s. Many have migrated to Rhode Island from Flushing, N.Y., because they have been priced out due to rising rent and living costs from gentrification and commercial development in New York City. Most have worked jobs in restaurants, nail salons, or as domestic workers as a means of survival, and many choose massage work as the most lucrative of these jobs.

Still, Asian massage workers in the U.S. face wage theft, strenuous working conditions, unpaid overtime, and a tip-based wage system that makes them susceptible to different forms of violence. The criminalization of Asian bodywork reduces workers’ ability to report wrongdoing at the workplace, violence experienced at the hands of clients or law enforcement, or the right to pursue massage work if they so choose.

In light of these realities, Rhode Island should reconsider its 2016 bodyworks law. The racialized targeting of Asian massage work throughout the state belies our greater aspirations of safer working conditions for all Rhode Island residents.