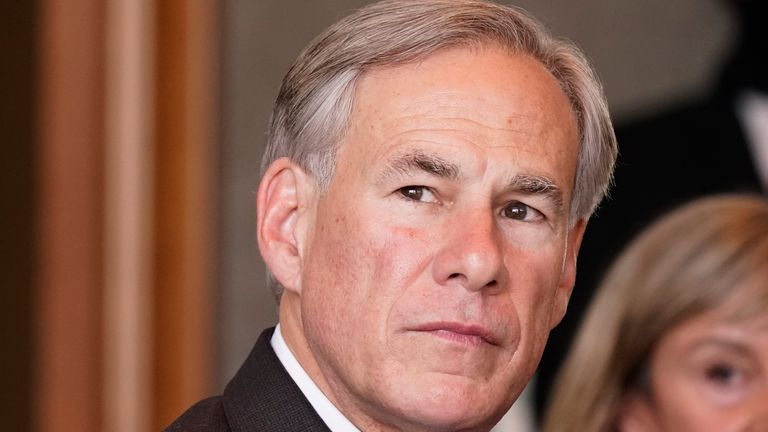 Texas’ Republican Governor Greg Abbott has signed a strict abortion bill into law, banning the procedure as early as six weeks into a pregnancy.

The controversial bill – Senate Bill 8 – is known as the ‘heartbeat bill’ as it bans abortion once a foetal heartbeat is detected, often before a woman knows she is pregnant.

It also includes cases where a woman became pregnant as a result of rape or incest.

Signing the bill into law, Mr Abbott said: “Our creator endowed us with the right to life, and yet millions of children lose their right to life every year because of abortion. In Texas we work to save those lives, and that’s exactly what the Texas legislature did this session.”

Pro-life activists have hailed the bill as “vital”, while pro-choice groups have vowed to fight it.

“Texas has now joined the new wave of extreme abortion bans passed this year across the US,” said Nancy Northup, president and chief executive of the Center for Reproductive Rights.

“This bill essentially opens the floodgates to allow anyone who is hostile to abortion to sue doctors and clinics, consuming their resources and forcing them to shut down. We will pursue all legal options to prevent this law from taking effect.”

Unlike previous abortion legislation where the government enforces the law, this bill allows private citizens to sue abortion providers or anyone who helps a woman get an abortion after a heartbeat has been detected.

The law comes into effect in September if it is not stopped in court.

Eight other US states have enacted similar six-week bans, and previously all have been blocked by the courts.

More than 90% of abortions take place in the first 13 weeks of a woman’s pregnancy, according to the Centers for Disease Control and Prevention.

The Texas bill comes shortly after the Supreme Court announced they would review Mississippi’s bid to ban most abortions after 15 weeks, opening the door for an overturn, or narrowing of, Roe v Wade – the Supreme Court’s 1973 landmark ruling that guarantees a woman’s right to end her pregnancy.