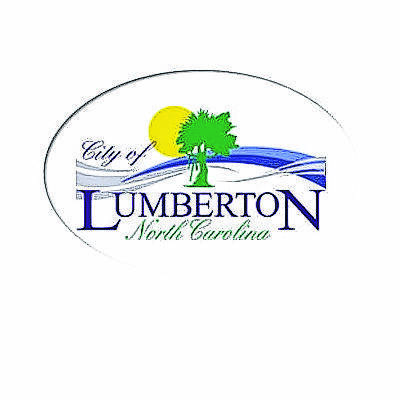 LUMBERTON — The City of Lumberton took steps forward Wednesday on two major infrastructure projects that should help protect the city and its residents in the event of future flooding similar to what was seen during hurricanes Matthew and Florence.

City Council approved a construction bid for the Tanglewood Drainage Project and awarded an administrative services contract for a floodgate to be built adjacent to Interstate 95 near VFW Road.

The construction contract for the Tanglewood project was awarded to Terrahawk LLC, which was the low bidder at $8,502,294.18. That amount is within the city’s project budget, and will be paid or using funds received in a $3 million Golden LEAF grant and a $6.8 million U.S. Economic Development Administration grant.

“This is a project that’s been in the making since 2016,” city Public Works Director Rob Armstrong said. “It’s a very large construction project designed to relieve flooding issues around (UNC Health Southeastern), and also the Tanglewood community in general.”

The city was awarded the $3 million Golden LEAF grant in 2017, months after Hurricane Matthew hit Robeson County, but the project was put on hold in September 2019 after having been awarded to Metcon Construction, which self-reported a “significant error” in its bid. The city then sought additional funding for the project, and was awarded the $6.8 million EDA grant in April 2020.

After the project approval process took months, City Manager Wayne Horne informed City Council on March 17 that EDA had given the city approval to move forward with the project.

An estimated 1,800 existing jobs are put at risk each time the area floods, according to comments made by city officials in previous meetings. Tanglewood residents have for decades raised concerns about flooding after heavy rains, and after Hurricane Matthew struck the city decided to install new drainage lines around UNC Health Southeastern so stormwater will be redirected from Meadow Branch to the Lumber River.

Council also awarded an administrative services contract for the floodgate project to McGill Associates that. The firm has a familiarity with the project since they have been working with the city on its application for Community Development Block Grant-Disaster Relief funds. Their fees will be paid using EDA grant funds awarded for the project.

During discussion regarding the contract officials gave an update on the floodgate’s timeline.

There have been “a lot of delays,” Armstrong said.

Delays were caused by trying to coordinate with railroad companies, the Department of Transportation’s I-95 widening project and working with funding agencies.

“The design is on pause while we wait for some administrative things to happen on the CDBGDR money, before we can move forward,” Armstrong said. “If we can move forward by June of this year, the project will go into the bid phase of construction next year around September or October, and that would mean we would break ground by the end of next year, if we’re able to keep this schedule.”

One delay was caused by the DOT informing the city the floodgate needed to be located on the west side of I-95 after planning already had begun to place it on the east side of the interstate.

The city had obligated $700,000 toward the project to that point, Horne said. The city is waiting for reimbursement of those funds from the Golden LEAF Foundation so they can initiate design on the west side.

Horne also said EMCOR, which has about $1.4 million invested in the project, wants an environmental review on the project before moving forward. A preliminary review was completed using EDA guidelines, but EMCOR wants a more comprehensive review.

The environmental review and soil borings cost about $100,000. EMCOR indicated they would pay $50,000 up front, and the other half of the cost will eventually be paid using grant funds, but Horne said the city will have to pay it up front from its Capital Reserve Fund.

Council approved that payment in a separate vote.

“Once we get everything in place and completed the actual construction time for floodgates is about five months,” Horne said. “We’re just responding to the different agencies and trying to get everything in place to meet their guidelines. All this funding has technically been approved, it’s just a matter of getting through all the paperwork with them.”

In other business on Wednesday, Council approved a contiguous annexation request from the Lumberton Housing Authority for land on Caton Road, where the LHA intends to build a 72-unit development. The land had previously been rezoned for this purpose.

“This has been a long process since the devastation of Hurricane Matthew in 2016, which the city is fully aware of,” LHA Director Adrian Lowery said. “This is the final process in our work with the city to get it annexed into the city. Currently we’re having the environmental review completed, and once that’s completed we’ll be able to seek our specific project award letter from FEMA and CDBG and we’ll be able to begin planning development of our 72 units.”

Main Street Lumberton intends to hold a design education workshop for property owners and renters to go over these guidelines so downtown buildings and community development present a consistent image moving forward.

The group has secured grants from the Robeson County Arts Council, the Lumberton Visitors Bureau and the city’s Facade Improvement Grant to begin work on a mural, located on the plaza side of Washington’s Men’s Store. They hope to have it installed by late June.

Saturday cleanups were held in February and April, Williamson said, with more than 30 people participating.

Another 19 organizations will receive the same amount of funding as they did in the previous fiscal year, from as small an amount as $1,100 to the largest amount of $25,000, given to the Lumberton Emergency Rescue Unit.

There was minimal discussion over these budget requests. Council had a heated discussion last year over which organizations would receive funding.

After Council initially agreed to hold its May meeting in person, they reversed course and decided to meet virtually. Technical difficulties caused the May 5 meeting to be delayed until Wednesday.

When Council was polled Wednesday on the possibility of meeting in person in June, Councilman John Cantey raised concerns about Robeson County’s low vaccination rate. Cantey and Councilman Chris Howard said they did not want to meet in person, and the other five Council members participating in the meeting (one had an excused absence) said they were fine with either a virtual or in-person meeting.

As a result, June’s regular meeting will be held virtually.

In other business, Council:

— Set public hearings for the June meeting regarding an annexation request from Barbara Benton for property on Arbor Lane and a rezoning request made by Steven Branch for property on Country Club Drive.

— Approved the purchase and installation of a new audio/video system for City Council chambers at a cost of $42,482.74. Troxell Communications is working with the city on the project. The existing system has been in place since City Hall opened in 2005.

— Appointed John McArthur to the ABC Commission, filling a vacancy left by the departure of Abe Marshall.

— Approved eight bids for housing elevations as part of the city’s Hazard Mitigation Grant Program. Cook Contractors LLC, of Whiteville, was the low bidder on all eight properties, and will sign eight individual contracts. The elevations will be paid for with grant funds. They range in cost from $68,850 to $168,371, totaling $833,239.

— Approved the following allocations of Community Revitalization Funds: $100 to the Lumberton Chamber of Commerce to assist with their fundraising golf tournament; $2,000 to the Lumberton High School boys basketball team to sponsor players’ participation in summer camps; and $2,050 to Lumberton Junior High School to help in the repair of its baseball and football fields.