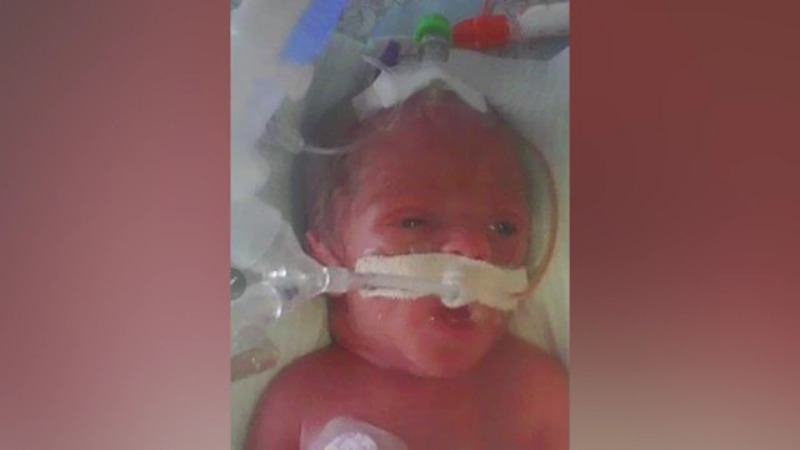 AKRON, Ohio (WJW)– Akron police are looking for a hit-and-run driver who struck a 7-month pregnant woman and then left her for dead in the middle of the road.

Investigators and the victim feel strongly that she and the baby could’ve died if not for a good Samaritan stopping to help.

Nearly $1.8 billion of stimulus money unclaimed in the US: Did Ohio cash its check?

“I cry every night and it hurts,” said Tyler Kyzer. “If someone hadn’t stopped to help me, I might not have been able to hold my child ever. I might not be alive right now.”

The 22-year-old was heading home on June 30 and crossing West North Street near North Valley when she said a car came out of nowhere and hit her.

“I just remember I flew in the air. I did like a back flip and when I landed I remember landing head first on the concrete,” Kyzer said.

She said it was a new-looking white luxury vehicle with dark-tinted windows and that police told her it was probably traveling about 40 mph and never slowed down. She said the car hit its brakes for a brief moment and then took off leaving her hemorrhaging in the street.

She said several other cars also just drove past her, but finally a man in a pickup truck stopped. The man and a woman quickly called for help.

Kyzer was taken to Cleveland Clinic Akron General where doctors rushed her into surgery for multiple broken bones and an emergency C-section. Her little boy born prematurely weighed only 3 pounds and had lost half of his blood.

“They had to take him to children’s hospital because they couldn’t care for him like he needed to be cared for,” said Kyzer, breaking down in tears. “And they let me touch him. The only time I got to touch him so far.”

As for the driver, Kyzer isn’t angry, but does want them to know what they did.

“I forgive them, but they just need to know, they need to know if my son wouldn’t have made it I don’t know what I would’ve done,” said Tyler.