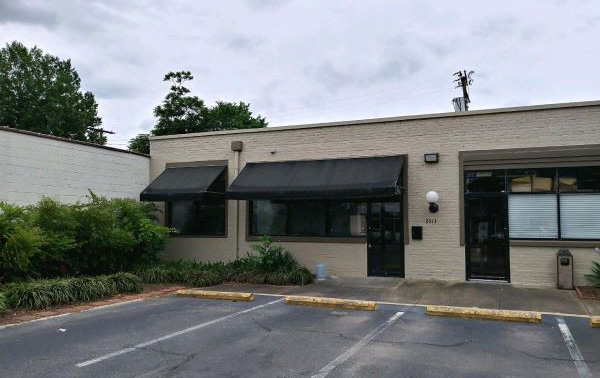 After a longer-than-expected stay on Arthur Ashe Boulevard, a local massage therapy clinic is preparing to move into the Fan.

It will share the building with the Sherwin-Williams store at the corner of West Cary Street and Stafford Avenue.

Resolve is currently at 205 N. Arthur Ashe Blvd., where it’s been since late 2019. The upcoming relocation is its third move in four years, having started off with a space within Humble Haven’s former Shockoe Slip studio in spring 2017.

“We never intended to be in our current location on Arthur Ashe for more than six months. That was merely meant to be a stepping stone to a forever home and then the apocalypse struck,” owner McKenzie Kroger said, referring to the pandemic. “After quarantine and all that, we realized we had no more capacity for clients because we were in such high demand.”

Resolve has 12 workers, five of whom are contractors. It hired seven of those people last year.

Resolve came to lease an increasingly larger share of its building on Arthur Ashe over time and currently rents most of the building, laying claim to 3,000 square feet of space split between two floors.

The move into the 2,000-square-foot, single-story space on West Cary, while a smaller footprint, is expected to be more accessible for clients and a better fit for Resolve. It will also allow Resolve to more prominently feature its in-house retail spot.

The retail space was formally launched about four months ago and sells prepackaged herbal products, bulk dried herbs and tinctures.

“The space we’re moving to on Cary is a lot more what we were aiming for in the beginning. It’s highly visible and accessible with a lot of capacity for walk-bys,” Kroger said. “We’re moving to an all ADA-compliant, seven treatment-room space.”

Resolve’s current space has seven treatment rooms, but Kroger said the rooms there were too large for the company’s needs.