How Hiding My Pregnancy During the Pandemic Helped My Career 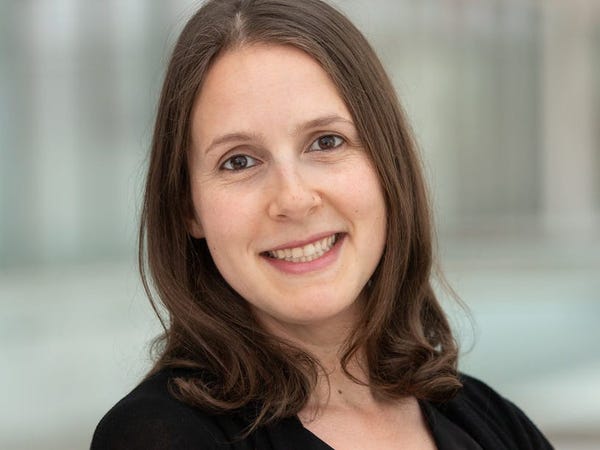 The pandemic has had an overwhelmingly negative effect on working women. Saddled with childcare and homeschooling responsibilities, they have opted to leave the workforce at staggering rates.

But there’s been a silver lining for some women, who, like myself, have found that the work-from-home environment has temporarily put us on more equal footing with our male peers.

That’s because for those of us in our reproductive years, the pandemic has allowed us to conceal our pregnancies — the one physical marker of our gender that had previously been impossible to hide.

I’m a professor at the University of Pennsylvania, and in academia, just as in many other fields, gender inequality is a well-known and well-documented issue.

Women are underrepresented at the upper levels, are less likely to get promoted, and are more likely than men to leave higher education. Relative to our male peers, we are evaluated less favorably for grant funding, judged more harshly on teaching evaluations, and are viewed as less competent.

So, like many of my female colleagues, I have adopted certain strategies to be perceived more like the men: When I give talks I make sure to wear blazers and suit jackets, and when I speak on conference panels, I try to be less apologetic and interrupt more.

But when I became pregnant with my first child years ago, all of these efforts suddenly felt fruitless

My expanding stomach preceded me as soon as I walked into any meeting room — a prominent physical indicator that I was different from the men. I was a fertile, childbearing woman.

It wasn’t just the feeling of being different — my pregnancy caused me to miss significant career opportunities. When I was selected as a national finalist for a prestigious National Institutes of Health grant, I was the only candidate who could not be physically present for my interview because it was scheduled to occur the week prior to my due date. And I had no choice but to turn down my first invitation to give a keynote speech because I could not commit to traveling two weeks after my child’s birth.

So when I learned in January 2020 that I was pregnant with my second child, I steeled myself for the career impact. My due date fell during my busy fall conference season, when I usually travel to give talks, share my research, and network with colleagues — all important activities for pre-tenure professors like myself. Yet again, I’d be taking a significant career hit — one that my male peers would not have to endure.

I planned to wait until the first trimester was over in late March to share the pregnancy news with my colleagues. But then the pandemic hit, and overnight, our department went virtual and our in-person lives were transported to

No one at work knew I was pregnant

On video calls, my expanding belly was entirely out of the frame. There was no rounded middle for eyes to be drawn to, nothing to set my torso apart from any of the others in our virtual meeting rooms. And just like that, all the things I’d resented about my first pregnancy disappeared.

Working from home during my pregnancy had other upsides. I found that I could easily vomit between Zoom meetings (“Just have to hop off this call …”). My workspace was littered with Tums, which I popped copiously through meetings to combat the incessant heartburn. And when I developed debilitating pubic-symphysis pain and a pregnancy-related propensity to faint — which left me relegated to a horizontal position on the living-room couch for days at a time — I hardly missed a beat because everything was virtual anyway.

And my busy conference season? In the two months after my daughter’s birth in September, I spoke at virtual events that had been scheduled to take place in Baltimore, Bethesda, Columbus, Los Angeles, San Francisco, New York City, and Washington, DC. It was easy to accept invitations when “travel” meant going upstairs and asking my husband to make sure the baby stayed quiet for an hour.

Of course, I recognize that my ability to work remotely during the pandemic is a tremendous privilege, one that many individuals — and pregnant women — do not have. I’m also fortunate that my husband was able to take an extended paternity leave, and that my toddler’s daycare remained open for our family for the duration of the pandemic. In that sense, my situation is an outlier.

Absent the in-person interactions that typically announce a pregnancy to professional acquaintances, and absent any way to casually bring up a pregnancy during a work-related call, many pandemic pregnancies have gone unannounced to professional colleagues until after the baby is born. And while some may miss the attention during pregnancy, in my case, I relished the lack of attention, finding that it made an uneven gender playing field slightly more level.

As we begin our gradual transition back to in-person work, we must keep in mind that even a partial normalization of the virtual world would make it easier for women to navigate the challenges of pregnancy, birth, and childcare with less of an effect on their careers. It would also keep the door open for others who have been left out — because of disability, financial barriers, or other reasons.

I often wonder if I’ll look back on this year as a blip in time, as a fortuitous coincidence that a difficult pregnancy coincided with the weird year in which many of us went virtual.

But I hope instead that I’ll look back on this year as the one that catalyzed shifts in the workplace that led to more gender parity for professional women, especially those in their reproductive years.

Anna Wexler is a senior fellow at the Leonard Davis Institute of Health Economics and an assistant professor in the Department of Medical Ethics & Health Policy at the Perelman School of Medicine at the University of Pennsylvania.