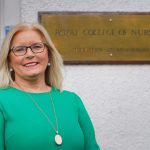 The Queen has paid tribute to NHS staff past and present for supporting the nation for more than seven decades, by awarding the health service with a prestigious honour.

On the 73rd birthday of the NHS, the organisation has received the George Cross, which recognises “acts of the greatest heroism or of the most courage in circumstances of extreme danger”.

It is only the third time that the medal has been awarded to a collective body, country or organisation, rather than an individual, and comes almost a year-and-a-half into the coronavirus pandemic.

Marking the award, which is given on the advice of the George Cross Committee and the prime minister, a personal message handwritten by the Queen reads: “It is with great pleasure, on behalf of a grateful nation, that I award the George Cross to the National Health Services of the United Kingdom.

“This award recognises all NHS staff, past and present, across all disciplines and all four nations.”

It added: “Over more than seven decades, and especially in recent times, you have supported the people of our country with courage, compassion and dedication, demonstrating the highest standards of public service.

“You have our enduring thanks and heartfelt appreciation.”

“It is with great pleasure on behalf of a grateful nation, that I award the George Cross to the National Health Services of the United Kingdom.”

Her Majesty The Queen pic.twitter.com/fgfmEpCvZ0

Responding to the news, Pat Cullen, acting general secretary and chief executive of the Royal College of Nursing, said nurses and their colleagues should “hold their heads high”.

“Nursing staff led the foundation of the NHS and today they continue to lead the response to the pandemic,” she said.

“Through all the changes and challenges in the last 73 years they have always shown their skill, dedication and professionalism.

“Along with all of their colleagues they should hold their heads high today to be recognised in this way.”

Meanwhile, outgoing chief executive of the NHS Sir Simon Stevens said: “This unprecedented award rightly recognises the skill and compassion and the fortitude of staff right across the National Health Service – the nurses, the paramedics, the doctors, the cleaners, the therapists, the entire team– who under the most demanding of circumstances have responded to the worst pandemic in a century and the greatest challenge this country has faced since the Second World War.

“Out of those dark times have come the best of what it means to be a carer and a health professional.”

Also on the birthday of the NHS, some staff and health leaders have taken the opportunity to reinforce the need for a “decent pay rise”. 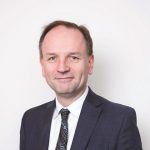 A pay offer from the government for NHS staff on the Agenda for Change pay scheme covering 2021-22 is expected imminently, following delays.

However, ministers have already told the NHS Pay Review Body that a 1% increase is all they are planning to offer.

Unison’s general secretary Christina McAnea said: “The best way to show appreciation for the health workers who’ve gone above and beyond is to give them a decent pay rise and soon.”

She highlighted that NHS staff have “given everything over the past 16 months” and stressed they were “owed a great deal”. 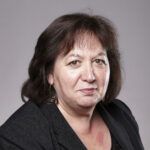 “They’ve been pushed to the point of exhaustion,” added Ms McAnea.

“Many have lost their lives to keep everyone safe and the pandemic’s still not over.”

She added that birthdays were “all about giving” and urged the prime minister to “show how much the country cares”.

In response, a Department of Health and Social Care spokesperson said the government had “committed to providing NHS staff with a pay uplift at a time when uplifts in the wider public sector have been paused”.

“In doing so, the government is acknowledging the extraordinary work of NHS staff through the pandemic,” they added.