EYES Stock: The Artificial Vision News That Has Investors Looking at Second Sight 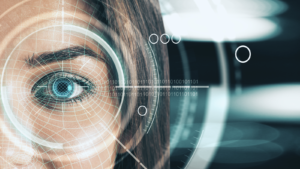 Shares of Second Sight Medical Products (NASDAQ:EYES) are setting up for a second day of double-digit gains after the company was granted a key patent in Europe. EYES stock is up more that 15% in premarket trading on Thursday.

Source: Who is Danny / Shutterstock.com

The stock surged 12.2% on Wednesday on more than two times the average daily volume after the European Patent Office granted the company’s patent application covering field focusing and mapping in an electrode array that could include artificial vision.

“The present invention is a system for mapping a high resolution image to a lower resolution electrode array and, by applying varying stimulus to neighboring electrodes, creating a perceived image greater in resolution than the electrode array,” the patent specification read.

Second Sight’s primary focus is developing the Orion Visual Cortical Prosthesis System, which is designed to provide artificial vision to those made blind due to glaucoma, diabetic retinopathy, optic nerve injury or disease, or forms of cancer and trauma. The company also offers an implant for retinitis pigmentosa (RP).

News in early March that the U.S. Food and Drug Administration (FDA) had given the greenlight to the company’s Argus 2s Retinal Prosthesis System sent EYES stock surging to a four-year high of $20 a share.

InvestorPlace‘s Louis Navellier noted in March that Second Sight “is the kind of company that people like to root for.”

“Perhaps this is because Second Sight focuses its efforts on vision restoration, which is such an important medical field. Or maybe it’s because the company has a truly compelling origin story.” One of the founders, Sam Williams, suffered from RP, he noted.

Late last month, Second Sight closed on a secondary offering of 11,500,000 shares of its common stock, raising a total of $57.5 million with the transaction. It said then that it planned to use the money raised primarily for development of the Orion device and general corporate purposes.

On the date of publication, Robert Lakin did not have (either directly or indirectly) any positions in the securities mentioned in this article. The opinions expressed in this article are those of the writer, subject to the InvestorPlace.com Publishing Guidelines.