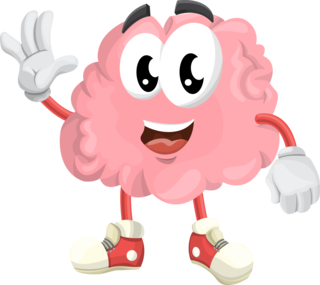 Accumulating evidence suggests that regular aerobic training at a moderate-to-vigorous intensity may offset or prevent age-related cognitive decline in older adults who are at increased risk for Alzheimer’s disease (AD).

However, in terms of measuring the effects of aerobic exercise on brain health and cognition, clinicians lack practical ways to measure if and how prescribing a specific “dose” of cardiorespiratory activity is beneficial to someone’s brain.

A new study on the effects of a 26-week aerobic exercise training regimen on specific biomarkers (e.g., CTSB, BDNF, and klotho) establishes how a simple blood test can be used to gauge how someone’s cardio workouts are affecting his or her brain. These findings (Gaitán et al., 2021) were published on May 20 in the peer-reviewed journal Frontiers in Endocrinology.

“Human studies often utilize expensive and low throughput brain imaging analyses that are not practical for large population-wide studies,” senior author Henriette van Praag of Florida Atlantic University said in a June 10 news release. “Systemic biomarkers that can measure the effect of exercise interventions on Alzheimer’s-related outcomes quickly and at low-cost could be used to inform disease progression and to develop novel therapeutic targets.”

Of the three systemic biomarkers focused on during this study, Cathepsin B (CTSB) seems to show the most promise for measuring and monitoring how aerobic exercise affects brain function via blood samples.

CTSB is a lysosomal enzyme secreted from muscles into circulating blood after engaging in moderate-to-vigorous physical activity (MVPA). Higher levels of CTSB in the blood are associated with the birth of new neurons in the hippocampus (i.e., adult hippocampal neurogenesis) and improved memory function. Previous research has identified a link between lower CTSB levels and cognitive impairment.

For this study, lead author van Praag of FAU’s Brain Institute, along with colleagues from the University of Wisconsin-Madison’s Alzheimer’s Disease Research Center, tested the effects of supervised treadmill training on systemic biomarkers and cognition in a cohort of middle-aged adults at risk for AD.

At the outset of this study, the researchers recruited volunteers who all fell below the 150-minute threshold of recommended weekly physical activity. Then, study participants were randomly divided into two groups: Usual Physical Activity (UPA) and Enhanced Physical Activity (EPA).

The UPA group was instructed to continue with their usual physical activity of fewer than 150 minutes per week for the next 26 weeks. The EPA group engaged in a “supervised, progressive, moderate-to-vigorous intensity aerobic exercise training program three times per week such that from week seven through 26, participants would meet or exceed public health recommendations for physical activity.”

“Our findings position CTSB, BDNF, and klotho as exercise biomarkers for evaluating the effect of lifestyle interventions on brain function,” van Praag said in the news release.

“The positive association between CTSB and cognition, and the substantial modulation of lipid metabolites implicated in dementia, support the beneficial effects of exercise training on brain function and brain health in asymptomatic individuals at risk for Alzheimer’s disease,” she concluded.